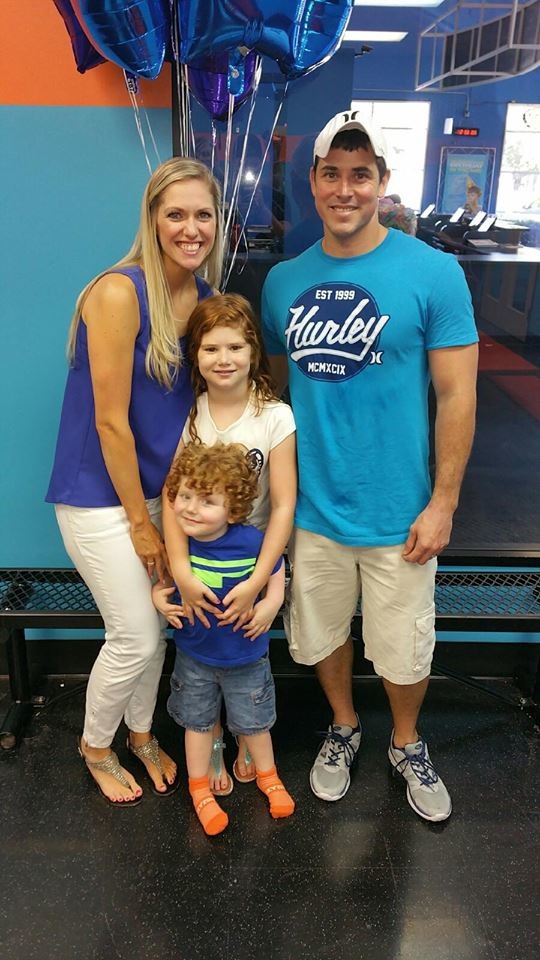 Landon was just under a year old when his mother Lauren began noticing that he was not reaching all of his milestones. He developed little quirks such as flapping his arms, and he only spoke three words (mom, dad, ball).

At first, the family searched for a speech therapist and connected with one through early childhood intervention services. Within five minutes of visiting with Landon, the therapist asked if they had thought of autism, so Lauren began researching autism that night.

At a dinner with friends, another mother shared that her son had autism, and mentioned Hope For Three. Lauren called Hope For Three the very next day and began working with a staff member who helped to connect the family with available resources in the community.

For Lauren, what stands out about Hope For Three was the ability to provide comfort through the application process, and compassion for what the family was now going through. Initially, the family was awarded funding for Landon to attend Texana Center for specialized services.

Landon was then able to transition to the Westview School, a school for children with autism, and has progressed by leaps and bounds. “You would never know Landon has autism. He now likes being the center of attention, makes eye contact, speaks in full sentences, and enjoys playing with his older sister,” says Lauren. She contributes Landon’s success to God and Hope For Three.